The North American T-6 Texan was built primarily as an advanced trainer for the US Army Air Force, US Navy, and Royal Air Force during World War 2 and beyond. It has also served for other countries well into the 1950's. The US Army Air Force designates it as the AT-6, while Navy variants were known as the SNJ. It was also known as the Harvard by the Royal Air Force. Overall 17,000+ were built to be advanced trainers in which pilots received around 75 hours of training before moving on to fighters and bombers. Powered by the Pratt & Whitney R-1340 nine cylinder radial, more than 350 examples are flying today. 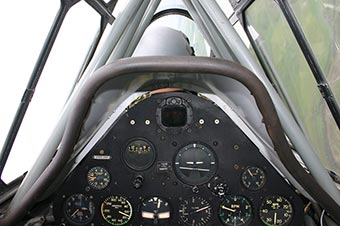 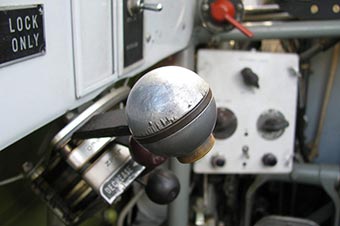 The T-6 79C has been operated by California Warbirds in many locations since the early 70's and is currently based in Hollister, CA. The aircraft, built in 1944, represents one of the more common versions, the AT-6D, in which 4,500 were manufactured. 79C frequents many West Coast airshows and helps serve as a new and recurrent trainer for the P-51D.

See this historic, world-class warbird at this year’s Pacific Coast Dream Machines Show, April 24 from 10 a.m. to 4 p.m. at Half Moon Bay Airport.

California Warbirds Air Museum: Preserving the Past, for the Future.

California Warbirds Air Museum was originally founded in 1969 as the Oakland Air Force. Now based in Hollister, California, with the support of numerous individuals and donors the museum has been able to educate the public through the display of our aircraft all over the west coast for 40+ years. As the custodians of a P-51D and AT-6D aircraft, the museum’s mission is to honor those have fought for our freedoms and to educate future generations on the importance of these historic aircraft, the veterans who flew them, and those who supported their efforts.