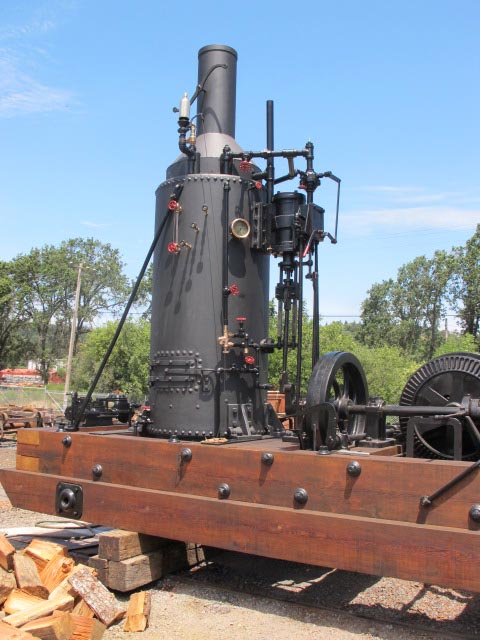 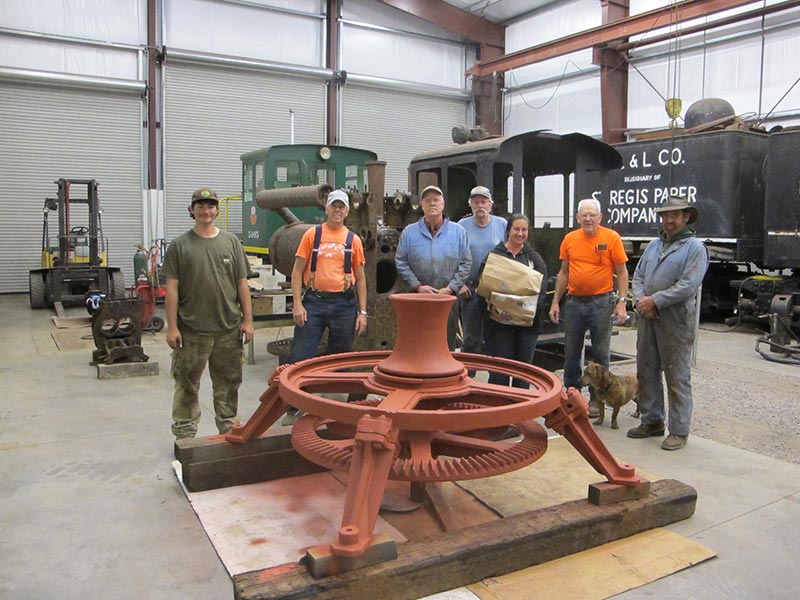 The roaring, hissing, steaming, museum-quality antique machines on the beefy, burly side that will wow visitors at the Pacific Coast Dream Machines Show, April 26 at Half Moon Bay Airport, are brought to you by Willits-based Roots of Motive Power.

Roots of Motive Power was formed in 1982 by a group of friends in the timber industry who shared a love of local history and the antique machinery that helped shape it. Working closely with the Mendocino County Museum, Roots volunteers embarked on an enthusiastic course of acquisition and restoration of antique logging equipment. Fittingly, the first project was the restoration of the Museum’s Murray Brothers spool donkey, a veteran of many years of service with the Mendocino Lumber Company. Built in the 1880’s, the vertical spool donkey represented the earliest attempts to mechanize logging.

Among the artifacts that Roots of Motive Power is bringing to this year’s Dream Machines Show is the 1898 Marshutz and Cantrell "Improved" Spool Donkey which just went through a full restoration. This was an early piece of logging equipment used in the redwood region for moving logs. The "Improved" model of spool donkey sports a new development in logging donkeys, as compared to the original 1883 Dolbeer patent spool donkeys. This improvement is a "haul back drum" which allows the logging cable and rigging to be returned to the woods for the next log using steam power vs. animal power. Marshutz and Cantrell was located in San Francisco, where they manufactured logging machinery and small locomotives. This was a ground-up restoration, including the construction of a new redwood sled for the machine. 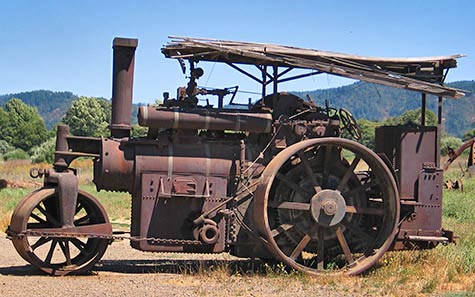 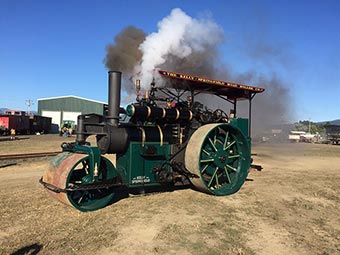 Another Roots of Motive Power display piece coming to the show is the recently-restored 1921 Kelly Springfield steam roller. The roller was purchased in Los Angeles in 2003 and hauled back to Willits. “Since it was April, we had the trucker stop by the Dream Machines Show that year with the very derelict roller on the truck for display," said Baldo. "The roller sat in the weeds at the Roots yard for years before we finally started a restoration. We finished the roller just in time for the July 4th Parade in Willits in 2016. It was quite a project,” said Baldo.

Also coming to the big show from their collection is a 1922 Atlas Imperial Diesel engine which started its life journey in the hull of a small launch named the Willard C which plied the waters of Humboldt Bay. Eventually, after a series of modifications and rebuilds, the engine was sold to the Childs family who ran a small milling operation in Redcrest CA. 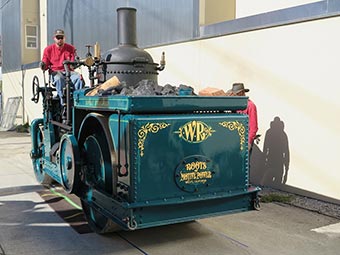 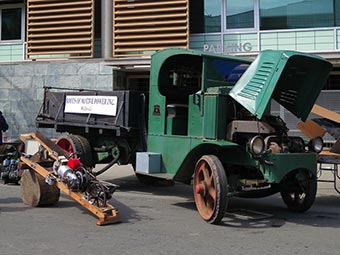 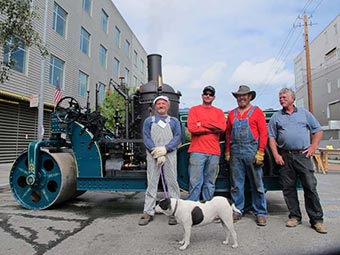 Crowd favorites from the Roots collection, the Buffalo Springfield steam roller and 1926 Mack model AC dump truck, have been a big hit Dream Machines many times over the years.