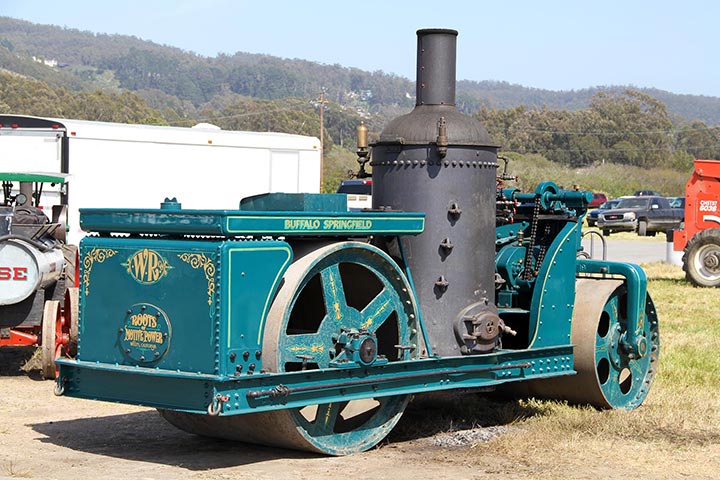 The Roots of Motive Power was formed in 1982 as a loosely organized group of friends in the timber industry who shared a love of local history and the antique machinery that helped shape it. 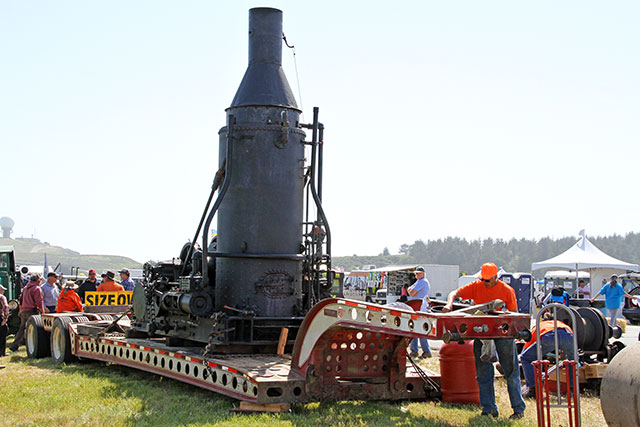 Working closely with the Mendocino County Museum, Roots volunteers embarked on an enthusiastic course of acquisition and restoration. Fittingly, the first project was the restoration of the Museum’s Murray Brothers spool donkey, a veteran of many years of service with the Mendocino Lumber Company. Built in the 1880’s, the vertical spool donkey represented the earliest attempts to mechanize logging. From this beginning, Roots volunteers moved quickly over the next few years to acquire and preserve steam equipment and logging artifacts of historical importance.

While much of the collection has been the result of acquiring significant pieces threatened by vandalism or scrapping, considerable effort has been made to fill historic gaps and present representative machinery of every North Coast era. The collection ranges from small, rather pedestrian, stationary steam engines from sawmill use, to the crowd pleasers — a fully restored 11 x 13 Willamette Humboldt yarder from Mendocino Lumber Company, a hard-working steam crane, a 1928 Sixty Cat built especially for Red River Lumber Company, Holmes Eureak Lumber Company locomotive #4, and Union Lumber Company’s California Western locomotive #14, the collection’s crown jewel. Several pieces from the Roots collection will be displayed at the Pacific Coast Dream Machines Show at Half Moon Bay Airport. 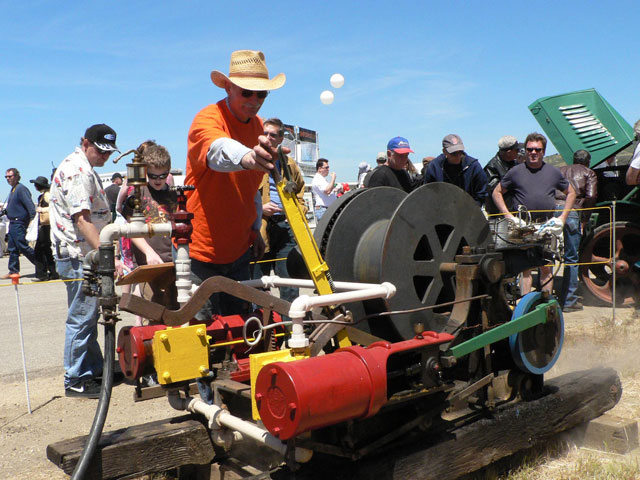 The raucous cacophony of roaring, hissing and steaming infernal machines at the Pacific Coast Dream Machines Show is brought to you by the Early Days Gas Engine & Tractor Association. Their fascinating array of flywheel engines are enough to power old-fashioned washing machines, lawn mowers, and an entire Lilliputian factory.

The Early Days Gas Engine & Tractor Association began in 1956 in the midwest. The organization was formed to promote the collection, restoration, preservation and exhibition of gasoline and oil engines, gas and steam tractors, power driven farm machinery and other related equipment of historical value. Today there are more than 50 branches with about 6,000 members.